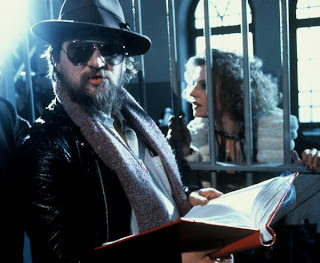 Fassbinder has succeeded where [others were] thwarted – he has filmed vurtually all of a novel. More: he has made a great film of, and one faithful to, a great novel. (…)

Fassbinder’s cinema is full of Biberkopf’s – victims of false consciousness. And the material of Berlin Alexanderplatz is prefigured throughout his films, whose recurrent subject is damaged lives and marginal existences – petty criminals, prostitutes, transvestites, immigrant workers, depressedhousewives, and overweight workers at the end of their tether. More specifically, the harrowing slaughterhouse scenes in Berlin Alexanderplatz are anticipated by the slaughterhouse sequences in Jail Bat and In a year with 13 moons. But Berlin Alexanderplatz is more than a resumé of his main themes. It was the fulfillment – and the origin. (…)

Though made possible by television – it is a coproduccion of German and Italian TV – Berlin Alexanderplatz is not a TV series. A TV series is constructed in “episodes” which are designed to be seen at an interval – one week being the convention, like the old movie serials (Fantômas, The perils of Pauline, Flash Gordon) which were shown every Saturday afternoon. The parts of Berlin Alexanderplatz are not really episodes, strictly speaking, since the film is diminished when seen in this way, spaced out over fourteen weeks (as I saw it for the first time, this winter, on Italian TV). The New York presentation in a movie theater – five segments of approximately three hours each, over five consecutive weeks – is certainly a better way to see it. Seeing it in, say, three or four consecutive days would be far better. The more one can watch ovcr the shortest time works best. . .exactly as one reads a long novel with maximum pleasure and intensity. In Berlin Alexanderplatz, cinema, that hybrid art, has at last achieved some of the dilatory, open form and accumulative power of the novel by being as long as it is – and by being theatrical. 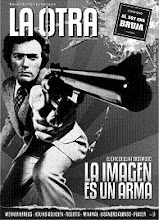 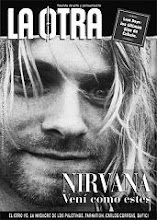